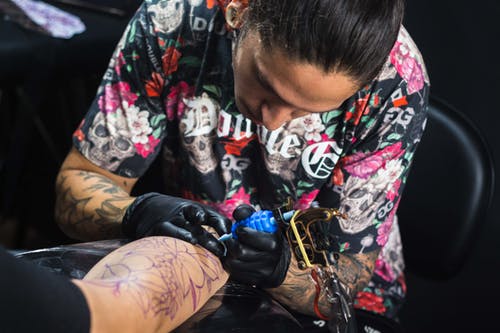 Tattoos are markings made with ink that are used to change the pigmentation of the skin to create designs. Traditionally tattoos have been strongly linked to religion. However over the courses of the 21st and 20th centuries tattoos have exploded into popular culture. One of the most popular destinations for tattoos where parlours such as Blancolo tattoo

What Types Of Tattoos Are Available?

Colour tattoos are often more expensive than black ink tattoos due to the type of ink used as well as the time it can take to complete colour tattoos that incorporate large designs with lots of colour.

As well as different colours of tattoos tattoos can also vary widely depending on where they are done. For example in some cultures such as the Maoris in New Zealand tattoos are made using traditional techniques such as tattooing by hand.

This involves using traditional techniques with needles and natural dye rather than using a tattooing machine in order to undertake the work. For Maori culture these tattoos mean a lot as they were traditionally a part of society for practically everyone within the Maori culture for many years.

How Much Do Tattoos Normally Cost?

Tattoos can can vary in price a lot depending on what the tattoo is , how big it is , what parlour you choose to use and how long it is likely to take to complete. For example for large pieces such as an arm sleeve of tattoos the cost can be several hundred pounds. This is because the work is likely to take several hours to complete and potentially multiple sittings.

There are cheaper tattoos as well. Small tattoo designs can be found for under £100. Often these are on special offers or new tattoo design that an artist is looking to try out. Often smaller tattoos can be just as meaningful and eye catching as large tattoos.

How Popular Are Tattoos Globally?

Worldwide tattoos are very popular and increasingly the younger generations are having more tattoos done. However , there are some societies and cultures which are conservative about tattoos and do not fully approve of them being shown in public.

For example in the middle east countries such as saudi arabia and Qatar would not permit tattoos to be shown in public. It is much the same situation in Japan due to tattoos links to criminality historically.

However in the west tattoos are now far more accepted and large numbers of people are getting tattoos. This is because society in general is becoming more accepting of tattoos and many employers are loosening restrictions that they have on tattoos. Tattoos are an important form of body art that can have religious , political or emotional meaning.